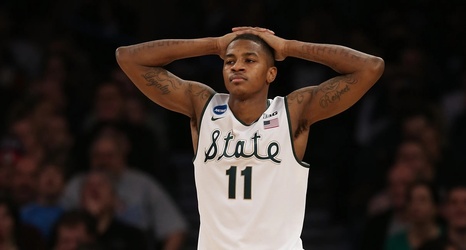 Appling faces multiple charges, according to Wayne County Prosecutor Kym Worthy: one count of first-degree murder, one count of being a felon in possession of a firearm, and two counts of felony firearm.

Appling is accused of fatally shooting his relative, Clyde Edmonds, multiple times on May 22 after an argument over a handgun. He fled the scene with his girlfriend, who will also be arraigned today with one count of accessory after the fact and one count of lying to a police officer.