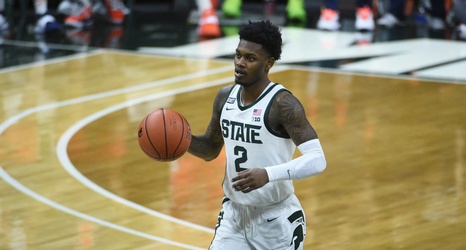 Watts, who entered the transfer portal in late March, struggled as a sophomore for the Spartans. During the 2020-2021 campaign. Watts averaged 7.7 points, 2.7 assists and 1.7 rebounds per game last season. He shot just 33.6 percent overall from the field, including an abysmal 25.3 percent from three-point land. While the offensive issues were obvious, Watts also struggled on the defensive end as well.

Tom Izzo and the MSU coaching staff experimented with Watts at the point guard position this past season, and Watts would fluctuate between the one-spot and two-spot, but he was never able to consistently put it together on the court no matter what position he played.