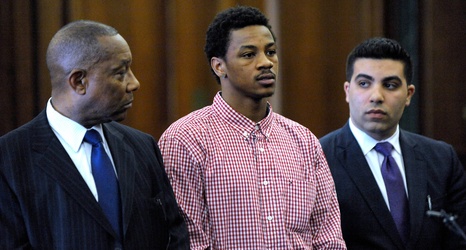 Detroit — Judges in two different counties had issued bench warrants for former MSU basketball star Keith Appling for alleged probation violations before he was arrested Monday in connection with the fatal shooting of a relative.

Appling was taken into custody Monday in Chelsea by Michigan State Police. He was sought after the Saturday slaying of Clyde Edwards, 66, who was fatally shot on his own front lawn in the 13200 block of Whitcomb.

Wayne County Prosecutor Kym Worthy's office said the review of a warrant request from Detroit police continues and a charging decision and arraignment are not anticipated Tuesday.