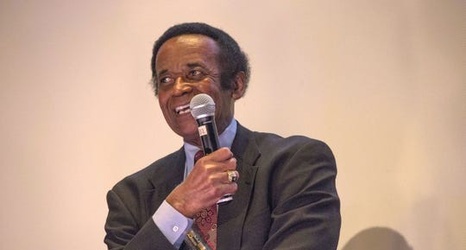 He grew up in Texas during the Jim Crow era of the 1950s, not far from where George Floyd would eventually live as a child 30 years later. Schools and restaurants were segregated during Washington’s time.

He went to Michigan State during the unrest of the 1960s and helped a racially diverse Spartan football team win two national championships before embarking on an NFL career. All while getting his undergraduate and master's degrees and shattering stereotypes of the times and paving a path for other Black athletes to follow his footsteps in education and athletics.