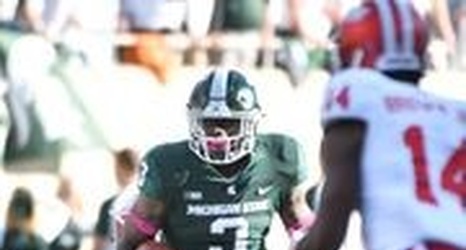 The former Michigan State running back was waived Thursday by the Browns, just a few days after he signed with them as an undrafted free agent. The Browns signed former running back D'Ernest Johnson, who was last with the Alliance of American Football.

Scott, a Youngstown native, signed with the Browns on Monday after he wasn't drafted following four seasons at Michigan State. He burst onto the scene as a freshman in 2015 with 699 rushing yards and 11 touchdowns, including the winning score in the Big Ten title game against Iowa, as the Spartans reached the College Football Playoff.