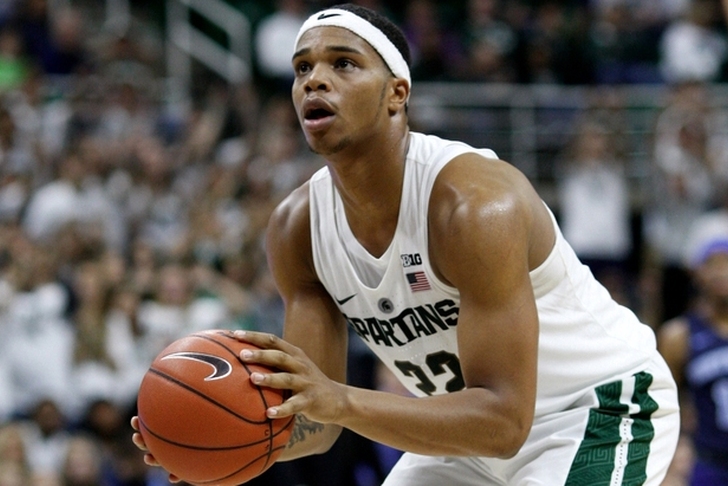 Michigan State star Miles Bridges is projected to be a lottery pick in the upcoming NBA Draft, but it doesn't appear that he will leave school after just one year.

According to Adrian Wojnarowski of The Vertical, Bridges is strongly leaning towards returning to Michigan State next season.

Bridges, a 6-foot-7, 230 lbs. wing player, committed to the Spartans with the intentions of being a one-and-done prospect, and I have him projected to be drafted by the Charlotte Hornets with the No. 12 pick in my latest mock draft.

However, Michigan State fell short of their expectations this season, posting a 20-15 record and finished in fifth in the Big Ten. The Spartans earned a No. 9 seed in the NCAA Tournament and lost to Kansas, 90-70, in the second round.

Bridges led the Spartans with 16.9 points, 8.3 rebounds and 1.5 blocks per game this season.

An elite athlete, Bridges is best known for his dunking ability and has drawn comparisons to NBA legend Vince Carter.