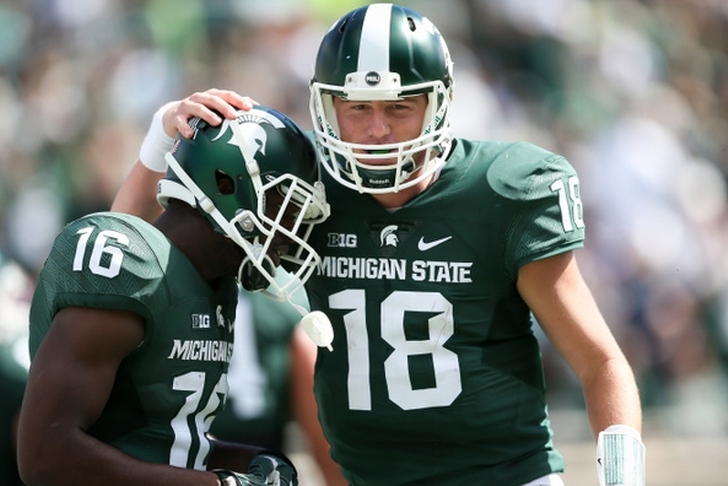 The Michigan State Spartans are one game away from a Big Ten Championship and a College Football Playoff berth. The Spartans are 11-1, and win or lose against Iowa, MSU seems destined for a New Year's Six Bowl game. With that in mind, here Michigan State's 3 Most Likely Bowl Destinations This Year:

If Michigan State fails to beat Iowa, they'll still likely play in one of the New Year's Six Bowls. The Rose Bowl is one of the two options, and the least likely. That's because "The Granddaddy of Them All" will likely take Ohio State for the ratings and ticket sales. However, MSU could still end up playing in the Rose Bowl, which isn't a bad consolation prize.

If MSU fails to make it to the College Football Playoff, the Fiesta Bowl is their likely landing spot. There is a scenario in which Michigan State fails to snag a New Year's Six Bowl, but it seems more likely that the Big Ten will have three teams in those bowls. If MSU plays in Glendale, it could face Notre Dame.