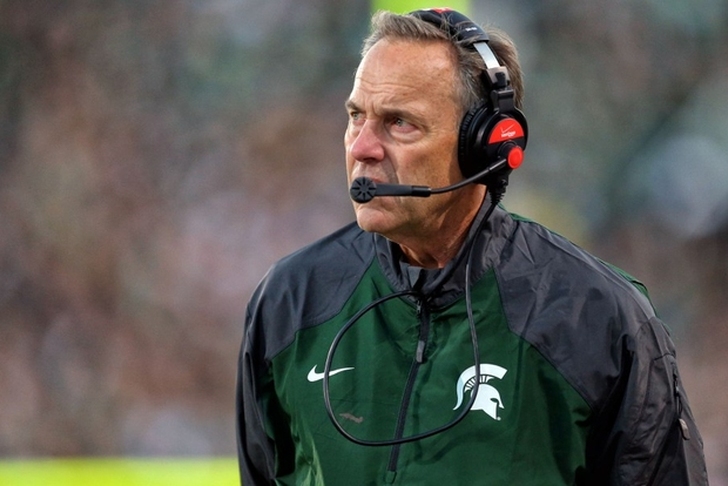 The Michigan State Spartans are in the process of putting together another strong recruiting class under head coach Mark Dantonio. The Spartans already have several players committed, but they aren't done yet. They're making a strong push during the last month of recruiting as we head towards National Signing Day on Wednesday, Feb. 3. Here's all the latest news and rumors you need to know for Michigan State football recruiting.

Proud to announce I will further my academic and football career as a Spartan. #GoGreen pic.twitter.com/qKMy68BNZ1

Campbell had previously been committed to Purdue, but jumped at the chance to play for MSU after the school offered him roughly a week ago.

Lavert Hill Makes Last MSU Visit
MSU is trying hard to land four-star CB Lavert Hill, and he visited East Lansing this weekend. It appears to be down to the Michigan and Michigan State, which is a tough choice for Hill. His brother Delano plays at Michigan, but two of his best friends are heading to Michigan State.

“It’s kind of really stressful because I know a lot of people at both schools,” Hill told 247Sports.

Hill is the No. 12 CB in the nation and 247Sports reports he enjoyed his visit to East Lansing. However, the Wolverines are currently the favorites to land Hill.

Four-Star DT Also Visits
Michigan State has had to battle to keep four-star DT Naquan Jones, but his official visit should help the Spartans land him. He committed to MSU in June, before re-opening his recruitment in November. He re-committed to Michigan State in early December, but Ole Miss is still in the running. However, Jones told 247Sports he loved his visit to Michigan State.

"It was an amazing visit," Jones told 247Sports. "I fall in love with Michigan State every time I'm in East Lansing. From the facilities to the staff, everything was great. My favorite part was being able to hang out with the commits and the players in the dorms. It felt like a brotherhood when we were all together ... They told me just take care of everything and continue to build my body. They're not looking to redshirt me when I get there."

Jones has a visit to Ole Miss scheduled for later this week, but his comments make it seem like he'll be a Spartan next year. He's the No. 23 ranked DT in the nation.