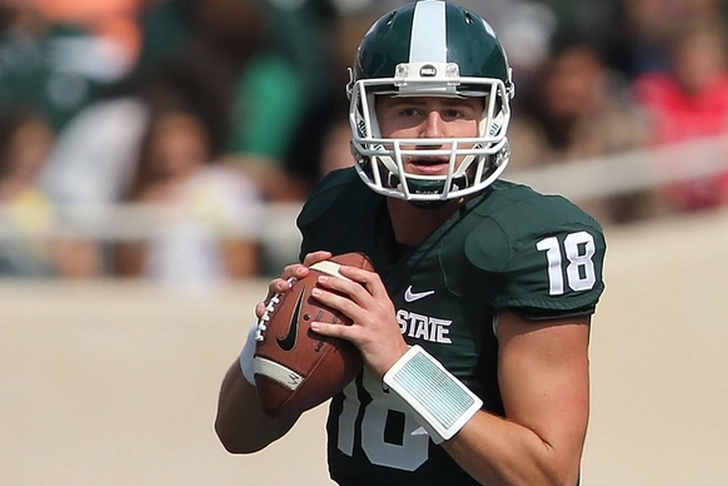 The Michigan State Spartans will be without star quarterback Connor Cook in their game against the Ohio State Buckeyes. Cook was game-time decision after he suffered a right shoulder injury last weekend.

Cook warmed up before the game, but still won't play. Cook said all week that he was fine and the general assumption was that he would play in the team's biggest game of the season. Michigan State needs to beat the Buckeyes to keep their Big Ten title and College Football Playoff hopes alive.

Cook is in the midst of a great season for MSU. He's completed 56 percent of his passes for 2,482 yards, 21 touchdowns and just four picks. Without Cook, the Spartans chances to upset Ohio State shrink.

With Cook out, the team will likely start backup QB Tyler O'Connor. A junior, O'Connor has hardly played. Subbing in for Cook against Maryland last week, he completed six of 11 passes for 44 yards, one touchdown and a pick.

The Spartans also have the more mobile Damion Terry if they want a more dynamic option. The sophomore has only appeared in spot-duty this season.