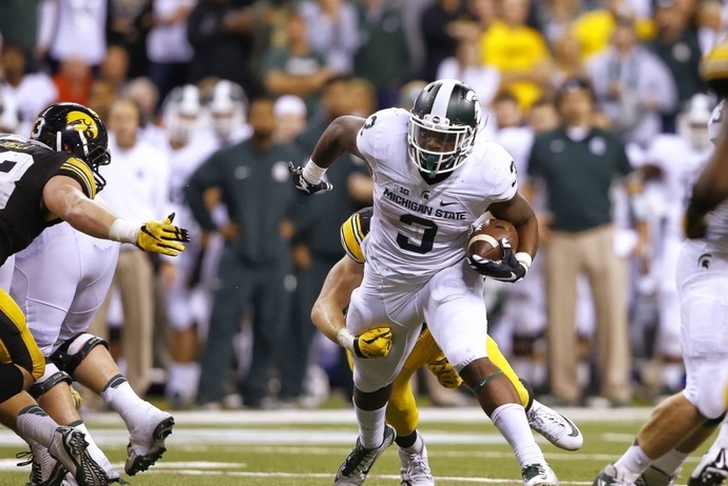 The Michigan State Spartans upset Ohio State and won the Big Ten for the second time in three years in 2015, but many expect them to take a step back after losing 12 starters - including quarterback Connor Cook. However, head coach Mark Dantonio and this group are determined not to let that happen. Here's a game-by-game breakout of how we see their season playing out in 2016:

A nice Friday night game to open the season against a FCS team. Easy win for the Spartans as they break in their new starters

Having an extra week to prepare for a road game at Notre Dame will be good and should help keep this game close, but ultimately, the Irish have more experience and talent. MSU loses a close one.

Michigan State's defense will be excellent against the run again this season. Considering that's what Wisconsin's offense is based around, they won't have success. The Spartans should win by a surprising margin in this one.

This will be an excellent game during basketball season - not in football. Spartans in a blowout.

The Cougars are capable of beating anyone on any given night, but Michigan State won't let themselves lose to a lesser team in their home stadium.

Northwestern will be a tough out with most of their starters returning from last year's team, but again, the Spartans always elevate their play in East Lansing. They'll win a close one.

New head coach D.J. Durkin will have Maryland going in the right direction sooner rather than later, but they still have a long way to go. Michigan State wins in a blowout.

Michigan State stole one in Ann Arbor last year, and this game will be another extremely close game. That being said, Michigan has the offensive weapons that the Spartans don't, and that will ultimately prove to be the difference.

Illinois should make strides under new head coach Lovie Smith, but they're a long way off from contending. The Spartans will win this game easily.

Rutgers is trying to find a way to build their program to find some sort of footing in the Big Ten, and they haven't been able to do that. Michigan State wins in a huge blowout.

Getting Ohio State at home gives Michigan State another chance to beat another top team in the conference, but as with Michigan, the Buckeyes are looking to get revenge for last year's loss to the Spartans. Ohio State is the only team on the schedule that is clearly better - on paper - than Michigan State. Buckeyes win by double digits.

Close the season with a big win. Penn State is solid, but they are very weak along the line on both sides of the ball - the place where Michigan State is the strongest. Spartans win comfortably.