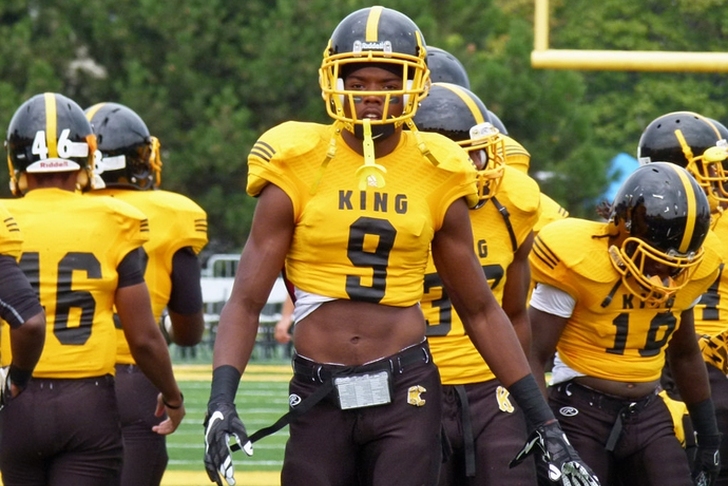 Four-star wide receiver Donnie Corley (Wyandotte, MI) announced his commitment to the Michigan State Spartans during the third quarter of the U.S. Army All-American Bowl. The 6'2", 160-pounder chose the Spartans over Michigan, Ohio State, and Tennessee.

As the No. 19 ranked wideout in the country, Corley joins a Michigan State class that ranks 16th in the country. He will be an early enrollee and will start classes in East Lansing on Tuesday.

Corley said the biggest pain in his recruitment was the pressure he would get on social media from fans:

“I get a lot of them saying, ‘Stay home, stay home. Stay in state,’ ” Corley told USA Today. “But just as much as the fans from in-state say that, a lot of fans from out of state say ‘you should leave.’ ”

Obviously, those imploring Corley to stay in-state won out.