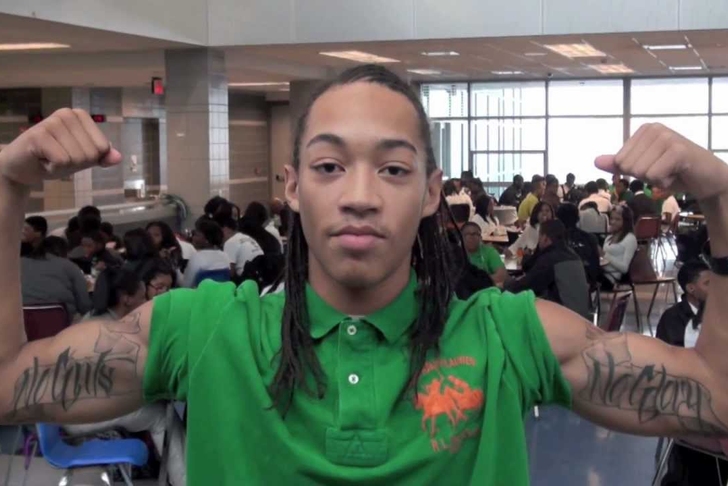 Assault chargers are being formally sought against Campbell in connection to the incident captured in these videos, according the the Detroit Free Press.

This video (originally posted to Instagram but quickly taken down) allegedly shows Michigan State recruit Jayru Campbell picking up and slamming a school security guard to the floor. Campbell (recruiting profile HERE) is a four-star 2015 QB out of Detroit's Cass Tech High School, but reports are already circulating that MSU has pulled his scholarship as a result of the incident.

UPDATE - NEW VIDEO AT 1am ET

You can see a much higher-quality version of the video with confirmation that it is Jayru and the aftermath below:

Campbell is no stranger to violent outbursts - in the video below, recorded after Cass Tech's final game of 2013, he assaults an opponent in the handshake line. Fast forward to 40 second mark. Campbell literally has to be tackled and held down by a coach to stop him from making another run at the player.

Audio: What Did Richard Sherman Say To Michael Crabtree At The End Of The Niners-Seahawks Game?