The 3 Most Memorable Moments In Michigan State NCAA Tournament History 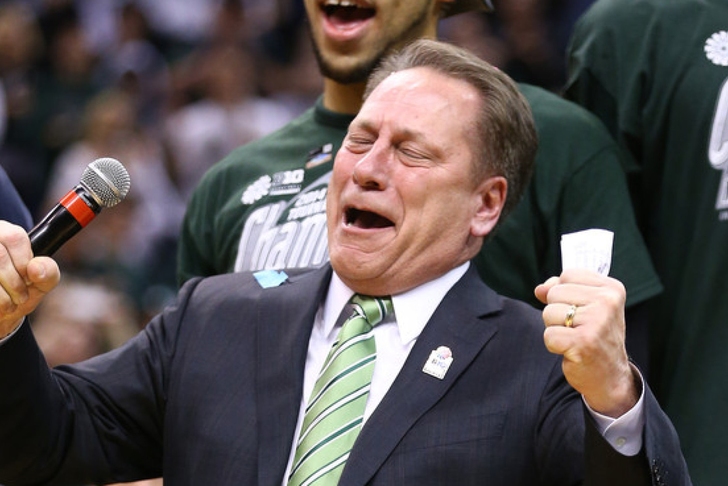 Michigan State Spartans head coach Tom Izzo is headed to his 18th-straight NCAA Tournament, and he’s bringing of the most storied college basketball programs in history and its fans along with him.

To celebrate yet another trip to the Big Dance for Sparty, we thought we’d take you down memory lane with The 3 Most Memorable Moments In Michigan State NCAA Tournament History.

Before this, Michigan State had made just one trip to the national semifinals (1957) and two trips to the tournament altogether. Coach Jud Heathcote's squad redefined Michigan State's place in the basketball world, riding guard Earvin "Magic" Johnson and forward Gregory Kelser to the program's first national title. MSU won all five of their tourney games by double digits, including the legendary first showdown between Magic and Larry Bird (Indiana State) in the national championship game.

Tom Izzo was a young coach with a plan when he got rolling at MSU in 1995, recruiting three Flint, Michigan high-school standouts (Mateen Cleaves, Morris Peterson, Charlie Bell) to play alongside fellow Flint native Antonio Smith. The "Flintstones" ushered in Michigan State's full rise to national prominence, capped off (w/o Smith) with a run to the program's 2nd national title in 2000.

The most recent entry on the list, Lucious' "ONIONS!" game-winner to beat Maryland in the 2010 NCAA Tournament's Round of 32 is now one of the signature shots in Spartans basketball history. The fact that MSU got it done against a very talented Terrapins team with star Kalin Lucas watching on crutches only further cements just how amazing Lucious' buzzer beater really was.