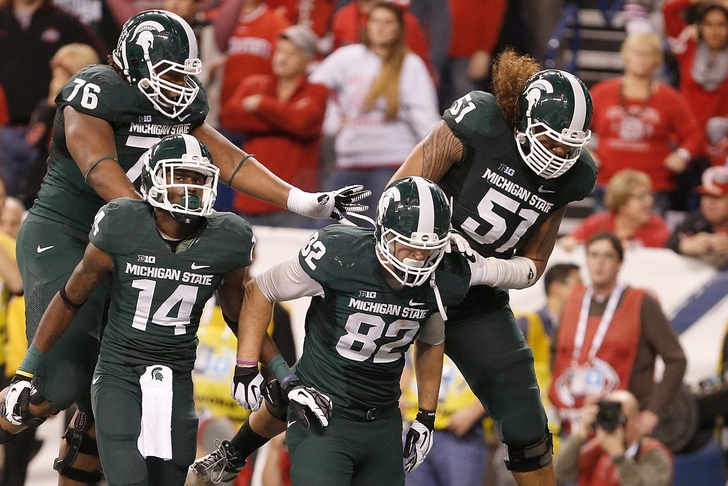 Michigan State saw their College Football Playoff hopes vanish with a loss to Ohio State on November 8, but the Spartans have still won 10 games and are a virtual lock to play in one of the premier "New Year's Six" bowls. Wh0 could they end up playing?

The Bulldogs are headed to either the Peach Bowl or the Orange Bowl, both of which are potential destinations for Michigan State. Mississippi State's powerful rushing attack would challenge the Spartans' excellent defense, creating what would be a hard-fought, old school matchup.

Michigan State would prefer to stay closer to home and play in the Cotton Bowl, which is also the game that Ole Miss is eyeing. The Rebels are also a team that is led by their defense, and this would be a showdown between two of the best units in the country. This seems to be the most likely option, given that Baylor doesn't make the College Football Playoff. The Cotton Bowl would give the Bears a chance to stay in Texas, and their explosive offense going up against Michigan State's defense would create a must-see matchup for fans around the country.

The 3 Most Likely Bowl Destinations For The Michigan State Spartans