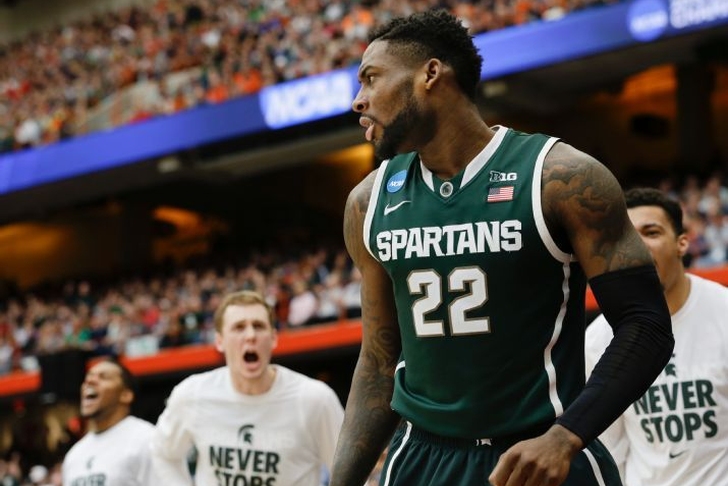 Michigan State and Louisville were locked in a back-and-forth affair early in this game, but the Cardinals began to pull away at end of the half and took a 40-32 lead into the break. The Spartans made up the difference very quickly in a second half and held a 59-53 lead with five minutes left.

Louisville fought back and took the lead with less than a minute left, but Marvin Clark gave Michigan State the lead back with a shot from the paint. The Cardinals had one last chance, and forward Mangok Mathiang got fouled with 3.2 seconds left, and the 48 percent free throw shooter made the first free throw to force overtime.

Michigan State started the extra frame on a 7-1 run, and held off a late Louisville rally to win and advance to the Final Four.

Michigan State went on a 10-0 run in the middle of the second half, turning a four-point deficit into a six-point lead, allowing them to grab control of the game.

Louisville's offense has struggled all year, and it came back to bite them in this one as they shot just 35.9 percent from the field on the game.

Wayne Blackshear played one of this best games of the season when his team needed it most, scoring 28 points.

Michigan State will face the winner of the Duke/Gonzaga game in the Final Four on Saturday.