3 Reasons Why Michigan State Is A Legitimate National Championship Favorite 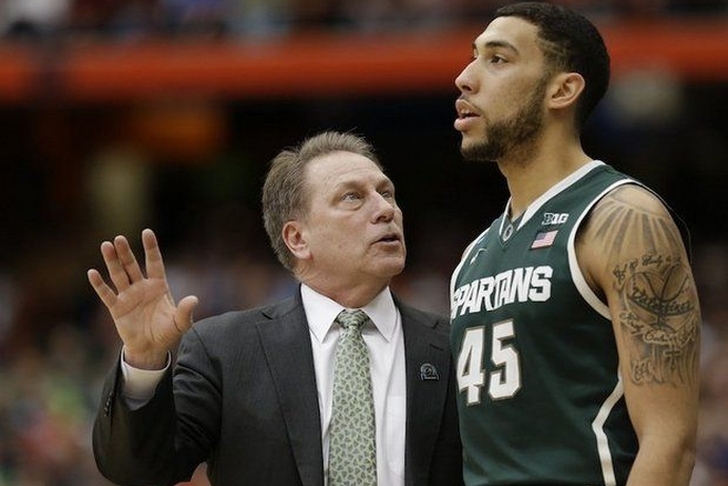 The Michigan State Spartans made a surprising run to the Final Four last season as a seven seed, but there's nothing surprising about the Spartans being a contender again this season. Here are three reasons why the Spartans can go all the way and win their first natinoal championship since 2000:

Tom Izzo-led Michigan State teams have always had strong chemistry on the court that has helped increase the level of play of everyone on the roster, and that will be the case again this year thanks to an abundance of senior leadership. Denzel Valentine, Matt Costello, and Bryn Frobes have been deep into the NCAA Tournament multiple times, and they know what it takes to get there. Add in sophomore point guard Lourawls Nairn Jr., whose on-court leadership has been compared to Mateen Cleaves by head coach Tom Izzo, and you have all the makings of a very strong team.

Last year's Michigan State team limped to a 21-10 record in the regular season largely due to their inconsistency and inefficiency on the offensive end. Only three players averaged more than 8.5 points per game, and that caused them to average below 72 points per game.

They'll get a huge boost from transfer Eron Harris, who averaged 17.2 points per game at West Virginia during the 2013-14 season. He'll join Valentine (14.5 ppg) as the Spartans go-to scorers, but they'll also get help from Forbes (44 percent shooter) and freshman Matt McQuaid (team's best three-point shooter) off the bench. Unlike last year, this team won't lack scoring options.

No one owns March like Tom Izzo. He's made the most Final Fours of any coach this century, owns the NCAA Tournament record for most wins as the lower-seeded team, and have seven appearances in the title game. Izzo always seems to get the most out of his team, and he's the biggest reason why you can never count the Spartans out - especially when he has a team as talented as this one.