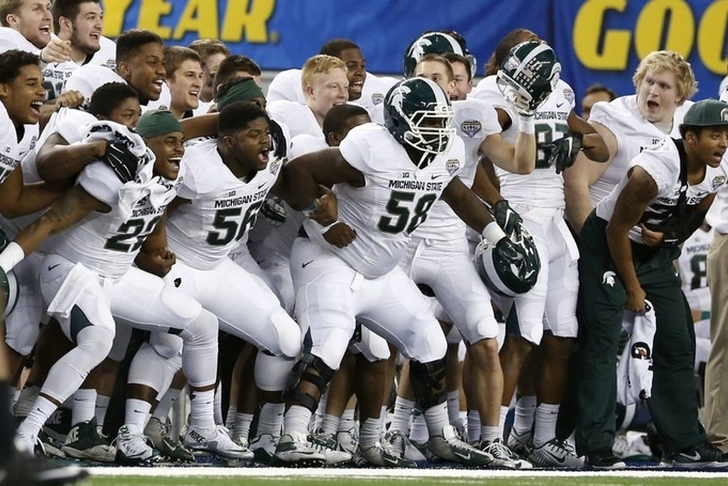 The Michigan State Spartans are expected to challenge Ohio State for the Big Ten title, which would put them in prime position to make the College Football Playoff. However, the Spartans have their sights set on more than just making the final four - here are three reasons why they can win the national title:

Dantonio is the most underrated coach in the country as he never quite gets the credit he deserves for keeping Michigan State among the best teams in the nation year in and year out. The Spartans have won 10 or more games in four of the past five seasons, but this is arguably the most talented team he's ever had in East Lansing. Expect big things from him and Michigan State this season.

DE Shilique Calhoun, LB Ed Davis, and FS R.J. Williamson headline a unit that is consistently among the best in the nation, and that won't be any different in 2015. The Spartans have ranked in the top 10 in the country in total defense for each of the past three seasons, and that trio should keep them there again.

Cook is widely considered one of the top NFL prospects in the college game, and he's poised to move from being a really good quarterback to a great one. He showed flashes of that greatness for the Spartans in 2014, but he wasn't the focal point of the offense. That will change this year with running back Jeremy Langford playing in the NFL, and he's more than ready for the challenge.

Follow our Michigan State Spartans team page for all the latest Spartans news and rumors!