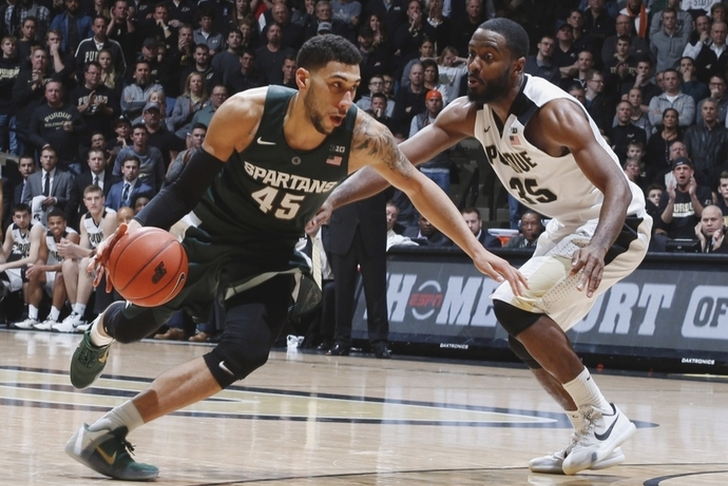 The Michigan State Spartans put the finishing touches on a stellar regular season on Sunday afternoon, beating the Purdue Boilermakers for the 66-62 win to claim the school's third Big Ten Tournament title in the past five years.

Both sides went back and forth through the first 12 minutes of the game, but Michigan State closed the first half with a 20-7 run to take a commanding 36-26 lead into the break. The Spartans continued that run in the second half, building a 13-pont lead, but Purdue answered and cut the lead to one with under eight minutes left thanks to a run of their own.

Michigan State then regained another sizable advantabe, but the Boilermakers responded again, cutting the lead to one with less than three minutes to play, but the Spartans only allowed them to score one point the rest of the way as they grabbed the victory.

Big Ten Player of the Year Denzel Valentine led the way for Michigan State, having another spectacular all-around game with 15 points, eight rebounds, and nine assists.

Purdue got their contributions from their big men, though not from the usual source. Star center A.J. Hammons was limited to just 11 points as Vince Edwards (19 points) and Caleb Swanigan (11 points) carried the Boilermakers' offense.

The win should solidify a No. 1 seed in the NCAA Tournament for the Spartans, who finish the season with a 29-5 record.