10 Ways You Know You're a Michigan State Football Fan 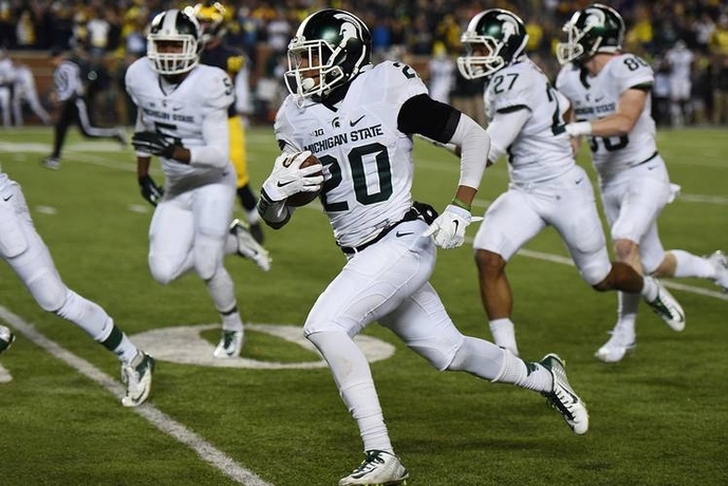 The Michigan State Spartans head to Dallas to face former head coach Nick Saban and Alabama on Thursday, in perhaps the biggest day in the history of football in the state of Michigan, no matter wha level of football is being played.

As we wait for game time, let's take a look at the "10 Ways You Know You're a Michigan State Football Fan"

There comes a time when you have to realize if you are a true fan or not ans this guide will help you figure that out and more. We are 50,000 Spartans-strong on campus, and perhaps millions more off-campus....but the question is, are you a Spartan fan? Let's find out:

1. You buy season tickets every year

Enough said - if you aren't in Spartan Stadium on gameday, don't proclaim to be a true fan. 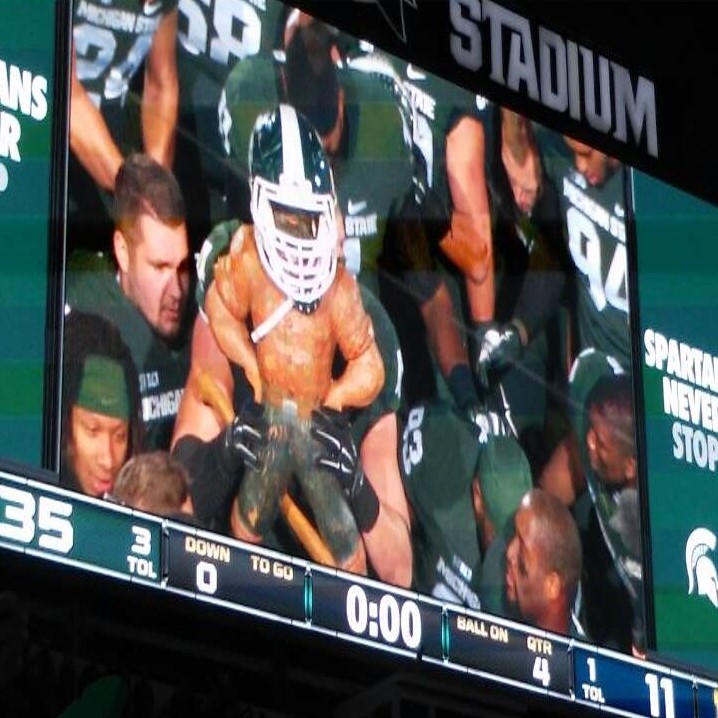 2. You wait for several hours to get the best seats

Even is that seat includes the side of the couch with the best TV angle during a road game, the remote to control of the volume and stop annoying Michigan fans from changing the channel.

3. You know every player’s name

Especially Connor Cook, you know who I’m taking about ladies! 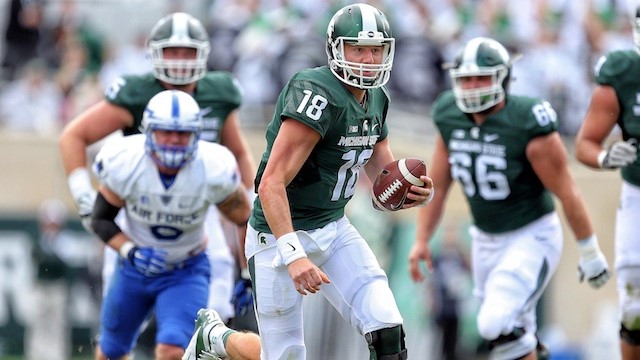 4. You have an amazing fashion sense

Green and white only! 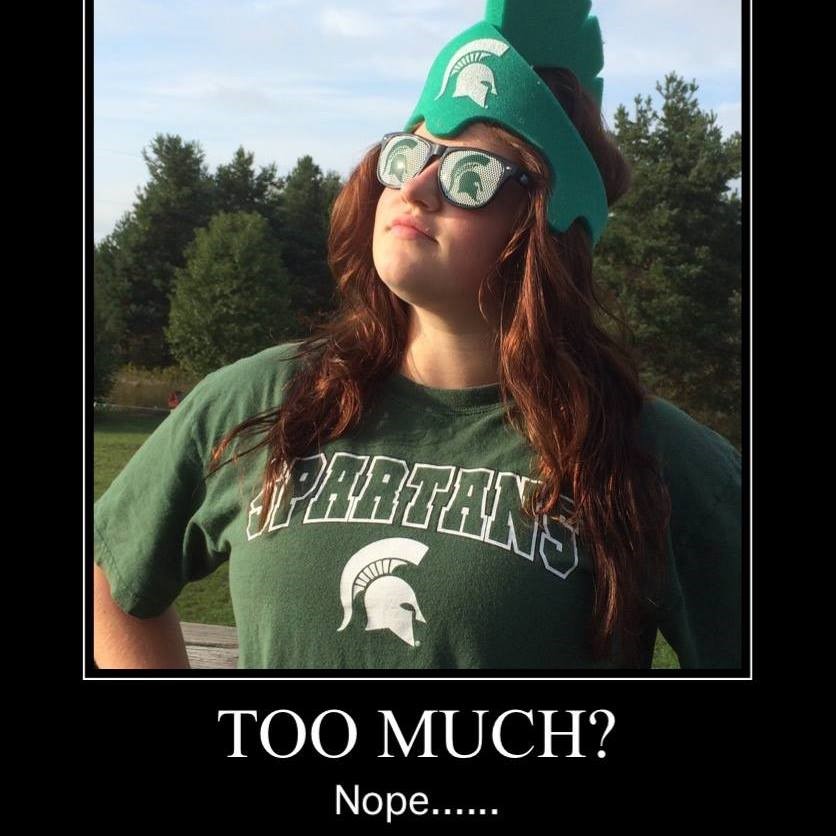 4. You know every chant no matter how vulgar

5. Even though you own many MSU shirts, you still want more

By the way, where did you get your MSU shirt and is it on sale?

6. You’re a fan of whatever team beats Michigan

Every team against U of M you are rooting for… unless it’s Ohio State but that is a new ball game. 7. A life goal is to get a picture with Sparty

You know this is a goal because you are ready to push the six year old out of the way, and we don’t judge you for it either. I shouldn’t have to explain you should just know, but he is the wonder dog during the game for the entertainment of all. 9. Tailgating is top priority in your game-day ritual

At the game, at the tailgate, walking down the street, at the café, and exspecially when talking to anyone from U of M. 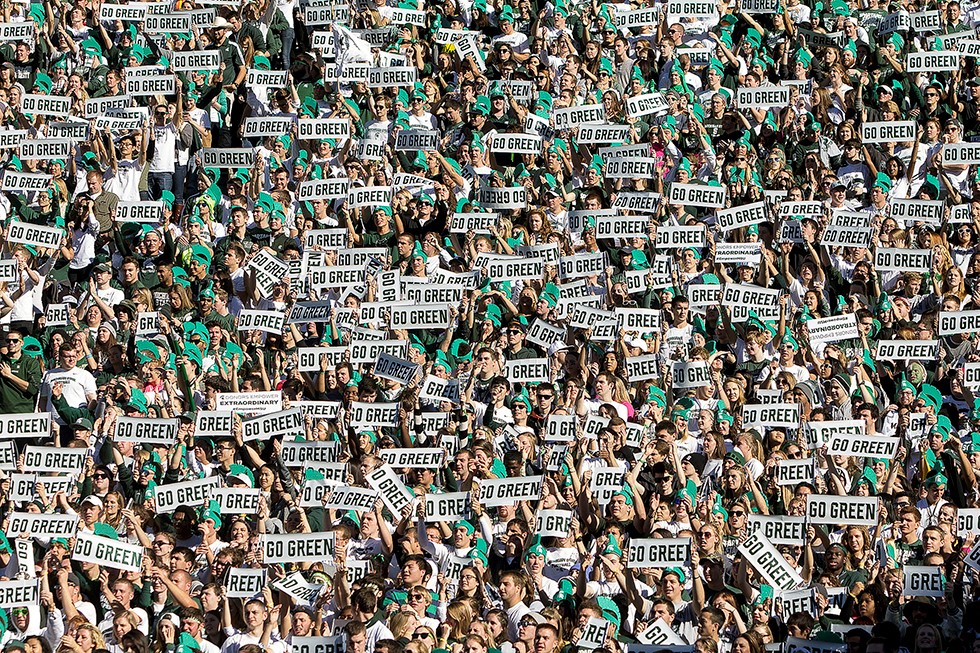