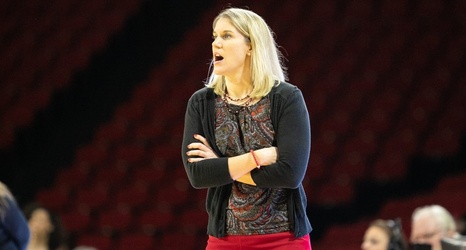 Under Duffy, the RedHawks finished 44-20 overall and 25-11 in Mid-American Conference play. The ’Hawks competed in the semifinals of the MAC Tournament and earned Women’s National Invitational Tournament bids.

Duffy was part of a historic turnaround for the women’s basketball program. Before Duffy, the RedHawks finished 12-21 and hadn’t played in the MAC semifinals in 10 years.

Last year, after amassing a 21-11 overall record, Duffy became one of four first-year head coaches to win 20-plus games, and she was the only woman.