Spencer Mraz used only his fastball in near no-hitter 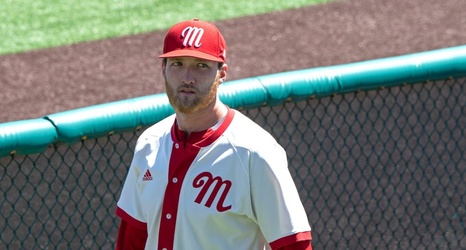 During his April 13 start against Bowling Green, the junior starter fed the Falcons 110 consecutive fastballs and, for seven innings, he looked to be writing his name in the record books.

Mraz completed seven full frames before allowing his first and only hit of the afternoon — a single to Neil Lambert.

After Mraz got one more out in the eighth, his head coach, Danny Hayden, removed him. The righty ended the game with 13 strikeouts and only dished out two runs, three walks and one hit while earning his fifth win of the season.