RedHawks will battle for championship spot in Battle of the Bricks 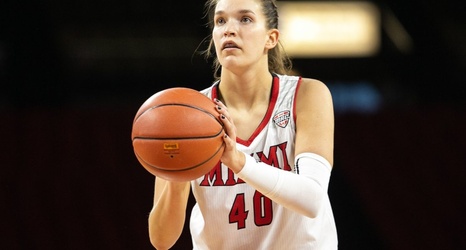 CLEVELAND – The Battle of the Bricks will take on new meaning for both the Miami RedHawks and the Ohio Bobcats this afternoon. The teams will play in the Mid-American Conference Tournament semifinals, and it’s win or go home.

“We looked confident out there and that was the big thing,” MU head coach Megan Duffy said. Any time, in March, you can come away with a win, regardless if it’s a close one or by double-digits, is huge.