RedHawks take one of two, break even on first road trip 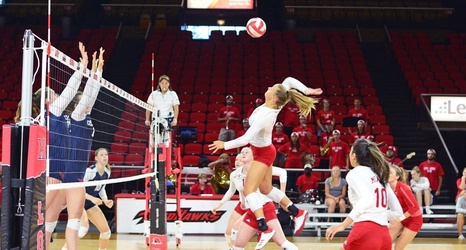 After dropping their third straight match to Tennessee on Friday, the RedHawks (3-3) were able to rebound Saturday morning with a clean sweep of Indiana State.

Friday’s match began with a stumble, as the RedHawks found themselves down early in the first set. After battling back to take the lead, a 9-1 Tennessee run quickly put Miami in the backseat, allowing the Volunteers to cruise to a 25-20 victory.

The win in the first set seemed to unleash a hungry Tennessee team, and the second set was all Volunteers. The winless team led the whole set, handing Miami a 25-15 loss.