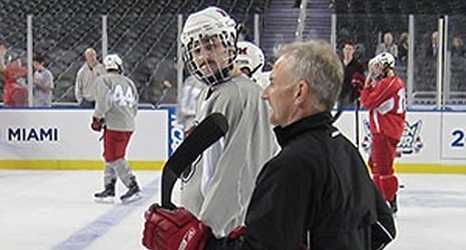 Chris Bergeron was named Miami's new head coach a couple weeks ago, leaving Bowling Green for his alma mater. He was a member of the first Miami team that made the NCAAs, in 1993 with George Gwozdecky as head coach and with outgoing Miami coach Enrico Blasi as a fellow forward.

After a minor pro career, Bergeron went into coaching with his alma mater, and was there as the program was built into a national power. He left to become head coach at Bowling Green in 2010, during an uncertain time in the program's history.