How Michigan became the biggest surprise of the College World Series 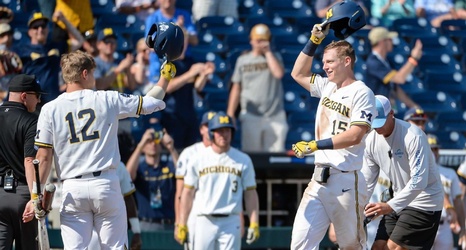 OMAHA, Neb. -- Gerald Ford's birthplace doesn't usually draw a lot of foot traffic. Most people don't even know the place exists, save for Omaha natives who were marched there on elementary school field trips. Beside, Ford lived there only a couple of weeks, born in his grandparents' basement and then returning to Michigan with his family.

But there it sits, only a few miles south of TD Ameritrade Park, a stately brick building that is opened to visitors by appointment only but with a white column-lined garden that is open 24 hours a day. Normally, the bronze bust of the 38th president of the United States spends its days watching intermittent joggers and dog walkers.