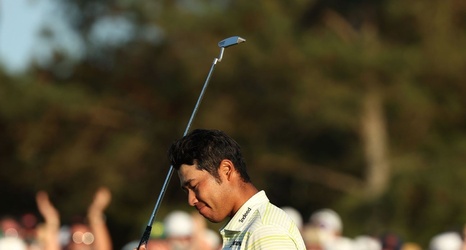 Hideki Matsuyama made history on Sunday as the first male golfer from Japan to win a major championship.

Ten years after making a sterling debut as the best amateur at Augusta National, Matsuyama claimed the ultimate trophy with a victory in the Masters.

Matsuyama, 29, closed with a 1-over 73 and a 1-shot victory that was close only at the end and was never seriously in doubt after Xander Schauffele's late charge ended with a triple bogey on the par-3 16th.

Moments before Dustin Johnson helped him into the green jacket, Matsuyama needed no interpreter in Butler Cabin when he said in English, "I'm really happy.