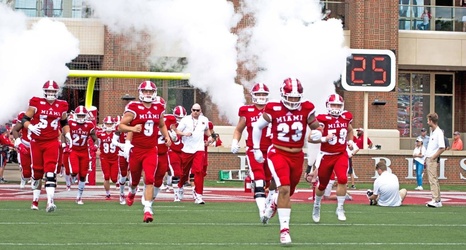 The Cincinnati Bearcats and the Miami RedHawks had opposite blowout experiences last week.

Two and a half hours later, Miami (1-1) was dishing out a beating on its home turf, besting Tennessee Tech, 48-17.

The former faced much stiffer competition, in the form of the No. 6 Buckeyes, while the latter proved to be too much for an outclassed Division I Football Championship Subdivision team.

Now this Saturday, when the two teams clash for the Victory Bell at Nippert Stadium, Cincinnati will be seeking a bounce-back game, while the RedHawks hope to continue their momentum.