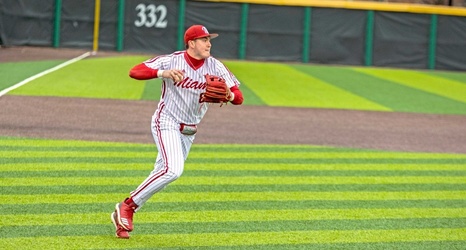 Miami baseball traveled to Bowling Green and swept the Falcons (12-19, 5-7 Mid-American) this weekend, giving the RedHawks their fifth sweep in nine series this season. They’ve won 11 of their last 12 contests and hold a 29-6 (10-2 MAC) record.

The RedHawks breezed through Friday’s game 12-4, before pending inclement weather forced Sunday’s game to be pushed up to Saturday afternoon and gave Miami its sixth doubleheader of the season.

With the victories, the RedHawks cracked the top 30 teams in the Collegiate Baseball Poll, checking in at No.