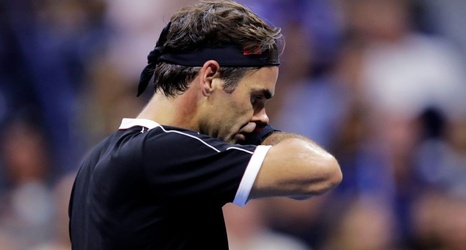 NEW YORK -- Roger Federer gave away a lead against a guy he'd never lost to and was beaten 3-6, 6-4, 3-6, 6-4, 6-2 by 78th-ranked Grigor Dimitrov in the US Open quarterfinals before a stunned crowd at Arthur Ashe Stadium.

The 38-year-old Federer took a rare-for-him medical timeout after the fourth set, leaving the court with a trainer. It was not immediately clear what might have been wrong with Federer, although he did appear to be flexing his back after some points.

When play resumed after a break of nearly 10 minutes, Federer's form never picked up.