What would it cost the Marlins to trade for Juan Soto? 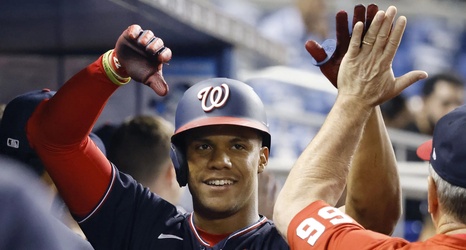 Make an effort, is all I’m saying. Kim Ng, you need to at least make a call to the Nationals regarding Juan Soto. They will listen, as first reported by The Athletic’s Ken Rosenthal.

The Marlins crave offensive upgrades and there are no better options on the trade block than Soto. There’s nobody else even close, frankly. He has been one of the most productive hitters in Major League Baseball since debuting in 2018—ranking third in weighted runs created plus and drawing walks at the highest rate in the game—all while being ridiculously young relative to his competition.