What Marlins Prospect Might be NL Rookie of the Year in 2020? 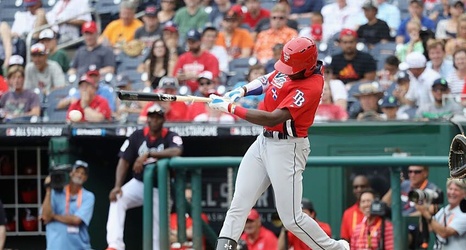 The Marlins are entering their 28th season in Major League Baseball and have a bevy of young talent either already contributing or on the verge of doing so. In their history, Miami has seen four players earn National League Rookie of the Year. First was Dontrelle Willis in 2003, then Hanley Ramirez in 2006, Chris Coghlan in 2009 and Jose Fernandez in 2013.

Isan Diaz would have been the most likely Rookie of the Year candidate for 2020 had his 2019 call-up come later in the season. The threshold for rookie eligibility according to MLB is 130 at-bats or 50 innings pitched, and no more than 45 active roster days with the Major League club prior to September 1st.