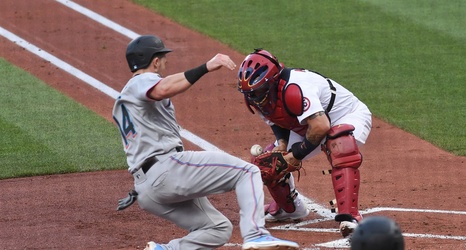 Adam Wainwright tossed six effective innings and Paul Goldschmidt had two hits and an RBI as the Cardinals won for only the third time in 14 games.

Dylan Floro (2-4), the fifth Miami pitcher, began the eighth with a walk to Dylan Carlson before Goldschmidt singled. With one out, O’Neill hit his second double of the game to score Carlson, who had two singles.