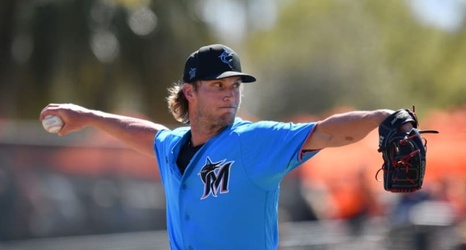 With that in mind, it’s a perfect time to simulate a season with the OOTP simulation. The latest version, OOTP21, just dropped on Friday. I had been doing a simulation starting earlier with the pre-order beta, but the public update erased everything. Now I’m starting again from scratch.

In today’s update, we’re going to deliver you a primer for this “alternate dimension” version of the Miami Marlins.

Prior to the first pitch on March 26, there was still a lot of “house cleaning” to take care of.

First, the Marlins signed 25-year-old third baseman Jan Hernandez for the Jacksonville Jumbo Shrimp, then turned around and got 19-year-old second baseman Jerrick Francees to play for the Batavia Muckdogs.