The Case For (And Against) Michael Conforto 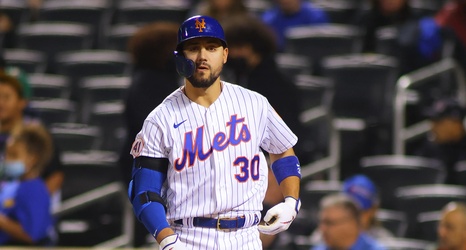 The centerfield free agent market was already slim pickings, but even more so now that Starling Marte (4-year/$78 million with Mets) and Chris Taylor (4-year/$60 million with Dodgers) are no longer available.

The Marlins have already made some moves, but there’s still a glaring hole in centerfield. After trading Marte in late July, Magneuris Sierra, Lewis Brinson, and Bryan De La Cruz took turns manning the spot. 2021 would end up being the end of the road in Miami for Sierra and Brinson. De La Cruz, to his credit, exceeded expectations in his rookie season, but he shouldn’t be relied upon to take on the starting job in 2022.