The Boys of Summer by Roger Kahn 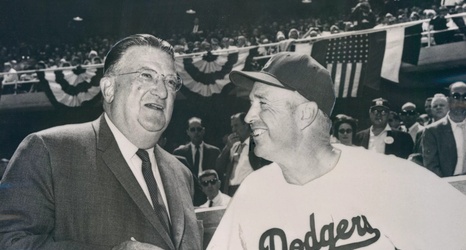 Roger Kahn’s The Boys of Summer is different from most of the baseball books I’ve reviewed here. It’s more of a literary work than a sports book per se. Telling the story mainly of the Brooklyn Dodgers of the 1950s through their flight to Los Angeles, and of the men who played the game for them is its scaffolding, but hardly all of its substance.

Its title comes from a poem by Dylan Thomas, “I see the boys of summer,” which Kahn, as a student, heard the poet recite in New York. These many years later, because Kahn took it for the title of his book, it has so pervaded discussion of the game it has become a byword for the vitality of teams and players in their glory years.