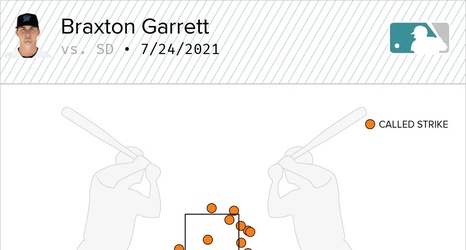 The Miami Marlins are back in the win column on Saturday night after coming from behind and knocking off the San Diego Padres. The Fish three unanswered runs to push past the Padres and get their first win in the four-game series. Jesús Aguilar came through in the bottom of the seventh with the game-winning two-run single to center field.

The Marlins had left-handed pitching prospect Braxton Garrett on the mound after getting called up earlier in the day due to All-Star LHP Trevor Rogers being placed on the 10-Day IL due to lower back spasms.