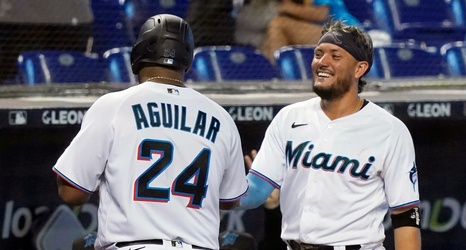 MIAMI (CBSMiami/AP) – Rookie pitcher Trevor Rogers did not allow a runner past second base while throwing a career-high seven innings in his 11th major league start, and the Miami Marlins earned a split of their two-game series against Baltimore by winning 3-0 Wednesday.

Jesús Aguilar broke a 0-0 tie with a two-out, two-run double in the fifth.

Rogers (2-1) allowed four hits and one walk while striking out eight, lowering his ERA to 1.64 as he gained his third career win. The other two came against two-time Cy Young Award winner Jacob deGrom.