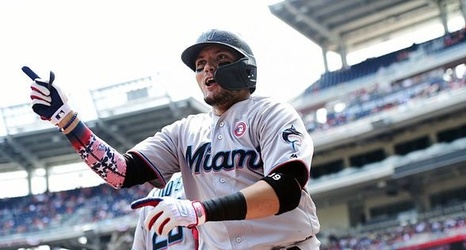 Rojas Continues To Heat Up

Miguel Rojas has continued to light up opposing pitching as his average fast approaches the .300 mark. He hit safely in each of Miami’s three contests against the Nationals, going six-for-12 with his first homer of the season and three RBI. He’s now hit .393 over his last 15 games, with an all-star worthy .