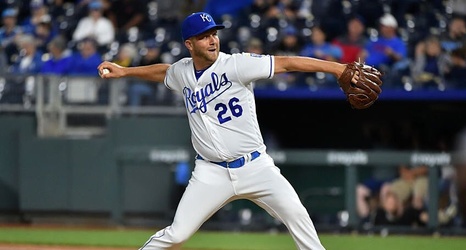 According to Joe Frisaro at MLB.COM, Brad Boxberger also received an invitation to major league camp as a non-roster player.

Boxberger, a six-foot-two, 205. lb. right-hander, was initially a first round choice of the Cincinnati Reds in the 2009 MLB Amateur Entry Draft, with the 43rd overall selection.

A strikeout specialist and former closer, Boxberger saved 41 games for the Rays in 2015 to lead the American League.