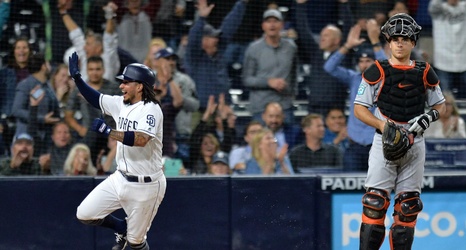 Poor Jose Ureña. The guy cannot buy a break. At 0-7, he is within one loss of owning the franchise mark for the worst record to start a season. On Wednesday though, he pitched six innings of one-run ball and left in line for the win before ultimately getting Zieglered in the ninth inning.

Perhaps inventing a whole new verb for blowing a ballgame is unfair to Brad Ziegler, given that the Padres won on a walk-off error, but he loaded the bases to put the team in that position and is now 0-5 on the season.