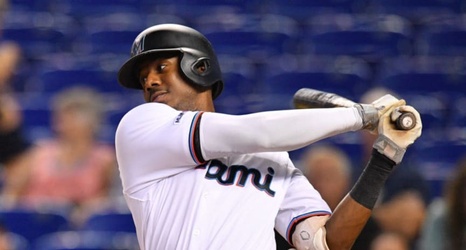 Lewis Brinson is entering his third season with the Miami Marlins, and is hoping to make a better splash this time around than in his first two seasons. Initially envisioned as the centerpiece of the Christian Yelich deal with the Milwaukee Brewers, Brinson has underwhelmed in his major league career since joining the organization. Also acquired in the deal were Monte Harrison, Isan Diaz, and Jordan Yamamoto, all also on the 40-man roster.

Brinson is a six-foot-three, 195 lb. former first-round pick out of Coral Gables High School, by the Texas Rangers in the 2012 draft 29th off the board overall.