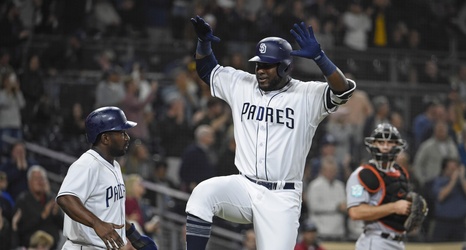 SAN DIEGO (CBSMiami/AP) — For most players, it takes a few days to adapt after being called up to the big leagues for the first time.

Padres rookie Franmil Reyes is settling in, which could make opposing pitchers uneasy.

Reyes hit a two-run homer that put San Diego ahead and the Padres got a fine effort from their bullpen Tuesday night in a 9-5 victory over the Miami Marlins.

“I think that every player when you get called up to the big leagues, after the first couple of days you get comfortable,” Reyes said. “And my teammates have been great, telling me it’s the same baseball everywhere so don’t change anything.