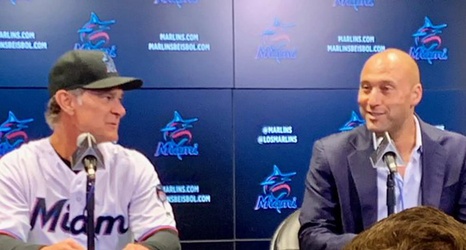 Prior to Friday’s game against the Nationals, Marlins CEO Derek Jeter and president of baseball operations Michael Hill officially announced Don Mattingly’s two-year contract extension with a third-year mutual option to remain as manager. His original deal was set to expire this offseason. Shortstop Miguel Rojas has also agreed to a two-year deal with a third-year vesting option, buying out at least one potential free agent year.

The stream of the press conference is available here.

Press releases regarding both Mattingly and Rojas are below: