He won a World Series with the Marlins. 15 years later, his son made his MLB debut 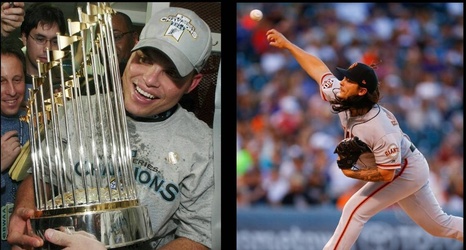 The family legacy in Major League Baseball is continuing.

Rodriguez's son, 25-year-old pitcher Dereck Rodriguez, made his Major League debut for the San Francisco Giants on Tuesday against the Colorado Rockies when he came to the mound in relief of injured starter Jeff Samardzija.

It was a rocky debut. Over the course of 3 1/3 innings, Rodriguez gave up four runs (one earned) on five hits while striking out four.