FanPost Friday: Bring back the best 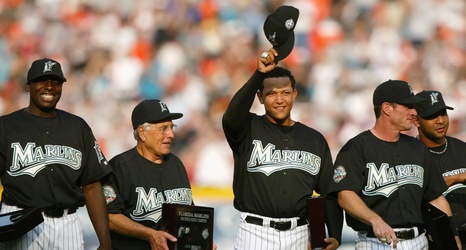 The 1997 and 2003 Florida Marlins won two of the most unlikely World Series ever. With the ‘97 team being only 3 years beyond its point of creation, they defeated the Cleveland Indians 4 games to 3, making them the first Wild Card team to win the World Series.

Juan Encarnación ended Game 7 with the bases loaded and 2 outs in the bottom of the 11th. Craig Counsell’s double fist-pump as he crossed home is still one of my favorite shots in all of sports.

Meanwhile, the 2003 iteration became just the 2nd team in baseball history to win a World Series championship while being 10 or more games below .