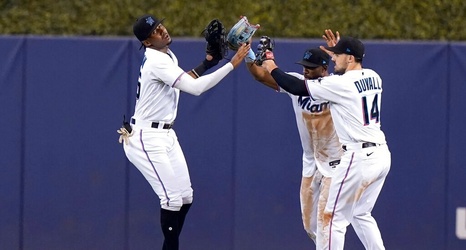 MIAMI (AP) — The Padres totaled five hits against seven pitchers. They had one runner thrown out at the plate, and another erased between second and third to short-circuit a rally. A leisurely throw to first by Manny Machado proved costly, and Yu Darvish endured another rough outing.

Not the way San Diego wanted to end a 10-game trip, especially not against a last-place team. But a 9-3 loss forced the Padres to settle for a split of their four-game series in Miami.

“We maybe left a play or two out on the field,” Padres manager Jayce Tingler said.