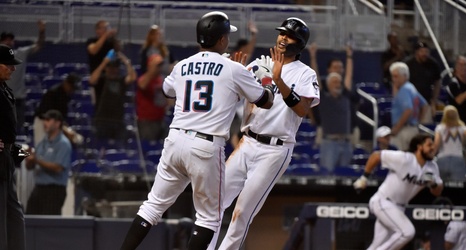 MIAMI (AP) — The Miami Marlins’ homestand ended with a mob scene around Brian Anderson at second base that included punches on the arm, slaps on the back, hugs and high-fives.

It’s a wonder the Marlins remembered how to celebrate ninth-inning heroics, because they haven’t had many.

Anderson doubled home the winning run with one out in the ninth, and the Marlins earned their first walkoff victory of the year by beating the San Diego Padres 4-3 on Thursday.

“That was a lot of fun right there,” Anderson said. “Being able to finally get it done for the team feels great.