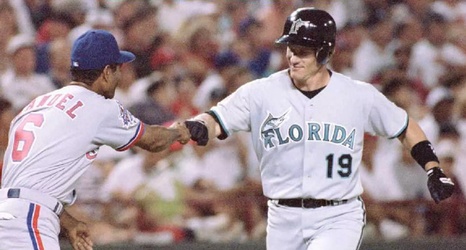 Over the years, the Florida/Miami Marlins have had dozens of different players make the All-Star Game. Since expansion however, only one Marlin has ever been named the MVP of the Mid-Summer Classic.

That came on this day 25 years ago.

Florida Marlins outfielder Jeff Conine played the role of hero for the National League in a 3-2 victory over the American League. Conine’s solo home run in the top of the eighth broke a 2-2 tie and served as the decisive hit.

Conine was an All-Star for the second year in a row, but didn’t get to play in the 1994 contest in Pittsburgh.