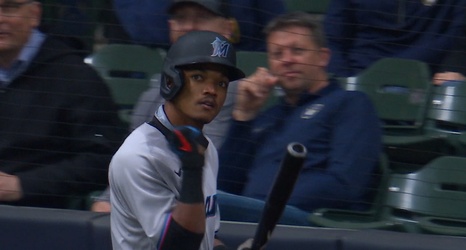 No 2021 Miami Marlin so plainly illustrated the demands of Major League Baseball like José Devers. With just 41 plate appearances by the rookie, he sketched out the difficulty of hitting at the highest level.

Now, prior to 2021 you might’ve known José as a prospect. Part of the Giancarlo Stanton trade, the 6’0” Devers profiled like a throwback middle infielder who lacks over-the-fence power (the anti-Dan Uggla). Cousin of Boston Red Sox standout Rafael Devers, he had limited experience against mature competition entering his age-21 season—he previously played exhibition games in the Grapefruit League and Dominican Winter League, but had yet to advance above High-A during the regular season.