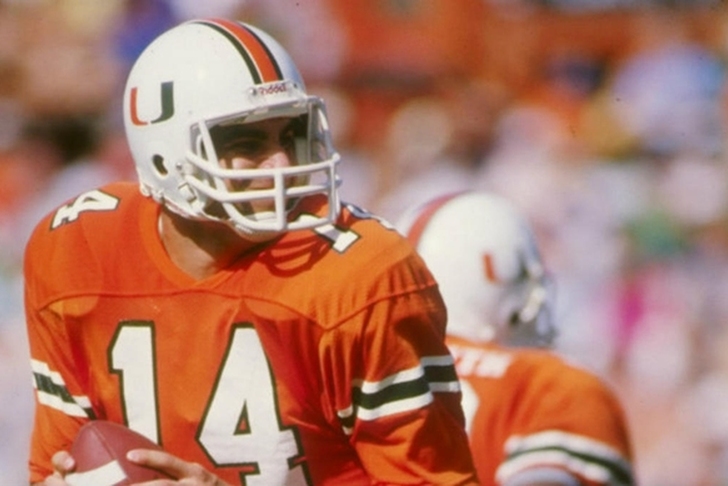 The Miami Hurricanes will be consulting a wide swath of their alumni while they vet candidates for their vacant head coaching position, but two high-profile former Canes will have an even more direct impact on the proceedings as members of the program's six-person advisory committee for the coaching search.

Heisman Trophy winner Vinny Testaverde and former star NFL linebacker Jonathan Vilma were named to the committee by the university on Monday, drawing a wide range of reactions from former Miami players.

One former teammate of Vilma's acknowledged the former Canes LB's connection to former UM coach and current target Butch Davis, seeing that Vilma was recruited by Davis to come to South Beach. However, per a conversation with the Palm Beach Post, Vilma's former teammate doesn't believe that connection will inform Vilma's advice to athletic director Blake James. "He’s a smart guy,” the teammate said. “He’s going to do what’s best for the university.”

As for Testaverde, the reaction was much more mixed: “When I played I kept wondering why he never came back,” a prominent former Canes player said. However, although Testaverde decided to go his own way after his career in the NFL, he played a major hand in one of the most fruitful eras of Canes football and remains a well-respected figure to most of those in charge of the athletic department.

No timetable has been set for after-season interviews, nor has a target date been set for landing a new head coach. The university will likely reveal more of its hand regarding the search after the regular season concludes.